I’m a crazy Milwaukee Brewers fan.  This much has been established.  Many fans claim to be crazy about their sports teams.  So, how crazy am I about the Brew Crew?

So crazy that I will be lining up for Brewers individual game tickets to go on sale three days in advance of the actual sale date.
Oh yeah…did I mention my purpose of going is not for the tickets?  Nope.  It’s for the camaraderie.  The chance to party with other diehard Brewers fans.

Starting in February of 2007, the Milwaukee Brewers hatched a plan to generate some extra buzz for the start of individual game ticket sales.  So, they came up with this.
They gave out special “Arctic Tailgate” t-shirts to commemorate the event.  They brought in Brewers alumni players to greet the fans.  They provided complimentary coffee and donuts to those who braved the cold.  They even gave out a free hot dog, soda and bag of chips to the first 2000 fans in line.

I was there for the inaugural “Arctic Tailgate” celebration. 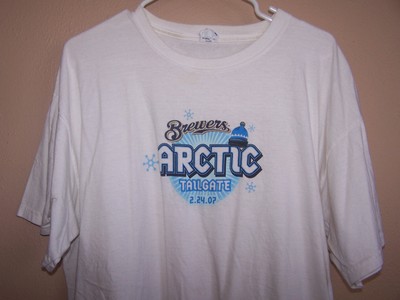 I was there for the 2nd annual “Arctic Tailgate” party.

Here’s the shirt they gave me commemorating that event on February 23, 2008… 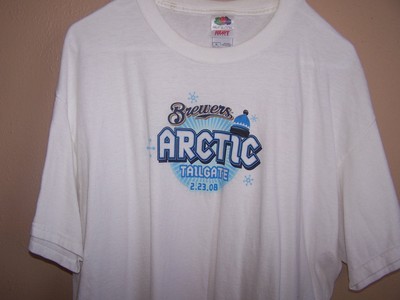 Heck, I was even interviewed by the local news.
Click here for the article.  The actual video footage of my interview is trapped on my DVR at the moment until I figure out how to burn it onto a disc (damn technology).

I froze my rear end off both of those years.  Alcohol sure as hell didn’t help matters.

I relied solely on guts and determination to make it through.
I was NOT on top of my game.

So, what will I be doing differently at the “Arctic Tailgate” this year?

The Rockpile Ranter has his spiffy MBU.
The Happy Youngster has his vintage MTU (Mobile Tailgating Unit).

It’s a classic 1977 Dodge Jamboree motorhome.
It looks a lot like the one pictured below but not that ugly green.
Instead, it’s ugly white and burnt orange. 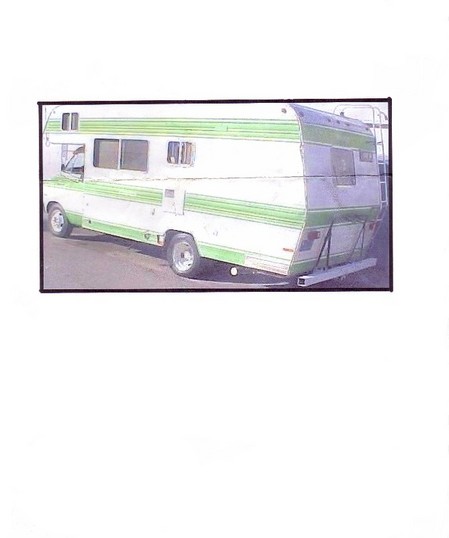 Many good times have been had in that motorhome over the last 5 years.  I originally bought it for my many trips to the hallowed grounds of Lambeau Field in Green Bay.

I’ve had this thing for 5 years and it never occurred to me to use it for this event.
Until now…

You can read all about it come this weekend.
That is, if my brain isn’t too clogged with beer and bratwurst.